Have we forgotten about treatment for alcohol problems?

Peter Keeling is campaigns officer at Collective Voice, the national alliance of drug and alcohol treatment and recovery charities.

Last month saw two important developments for the substance misuse treatment sector. Firstly, Dame Carol Black’s landmark review of drugs in the UK underlined what many in the sector have been saying for years – that significant cuts to funding for treatment have taken their toll on services’ ability to meet the needs of people using drugs harmfully and have coincided with the inexorable rise in drug-related deaths.

Secondly, summits in Glasgow convened by the Scottish and UK governments saw the current crisis around disinvestment and increasing deaths highlighted at a national level. We welcome the raising of many of these issues and look forward to working with partners to develop a clear path forward for a re-energised drug treatment sector. 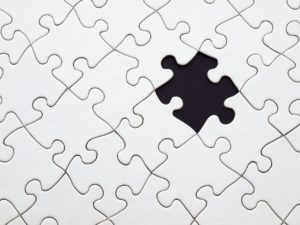 But while the issue of drug-related deaths and the vital need to improve treatment services for people with drug  problems has attracted some much-needed political focus, are the harmful consequences of alcohol use being incautiously overlooked?

Harmful alcohol use also often intersects with other areas of multiple disadvantage, from homelessness and mental health, to contact with the criminal justice system and sexual abuse and violence. St Mungo’s Knocked Back report found over 12,000 people sleeping rough in England last year went without potentially life-saving treatment for a substance misuse problem. Many of these people will have a problem with alcohol – recent estimates suggest almost half of people sleeping rough have an alcohol support need.

From escalating rates of alcohol-related hospital admissions of people sleeping rough to high levels of women who’ve experience trauma self-medicating with unhealthy amounts of alcohol, public services repeatedly bear the brunt of alcohol harm in terms of time and resource. For the NHS in England alone, the annual economic cost is estimated to be £3.5 billion.

Meanwhile there is a strong case for investment in services that prevent alcohol harms – and a strong base of evidence produced by NICE and other organisations on what really works. PHE places the social return for every £1 spent on alcohol treatment at £3, rising to £26 over the course of ten years. But alcohol treatment services have been the victims of onerous funding cuts because the people most in need remain a low political priority at local and national levels.

Changes to the way that substance misuse services are commissioned, specifically the increasing integration of alcohol and drugs support, make it hard to assess the proportion of funding lost specifically to alcohol services, though one 2016 estimate placed specific cuts at 14 per cent while local funding losses may range from 10 to 58 per cent.

A recent PHE inquiry looks at the fall in numbers of people in treatment for an alcohol problem. The report found in many areas where substance misuse services had been reconfigured to deliver a combined drug and alcohol service that stakeholders perceived a reduced focus on the needs of people who use alcohol and a loss of alcohol expertise within the workforce. We have also heard from the frontline that pressures on services and lost expertise may lead to missed identification of new trends relating to alcohol harm, such as changes in the way young people misuse alcohol. People presenting for alcohol treatment only may also feel alienated by a combined drug and alcohol service, believing their problem is not relevant to the available service.

Alcohol Change UK’s ‘The hardest hit’ report outlines the litany of problems facing alcohol treatment services as a result of changes to funding and commissioning, from service availability to community outreach and delivery. Particularly concerning is the effect on detox and rehabilitation services – almost half of respondents to the survey that underpinned the report said there was insufficient availability of community detoxification in their areas. The loss of community detox centres is a well-recognised crisis (London has just one residential detox centre left), which is leading to people with complex needs either entering  A&E or being held by services which aren’t set up to manage that level of complexity.

But while the statistics and case studies of treatment services paint a bleak picture of the current situation, there are some potential vehicles for a way forward. Firstly, the NHS Long Term Plan does explicitly reference alcohol harms and highlights how the effective use of Alcohol Care Teams could reduce demands on A&E. Secondly, the promised ‘addictions strategy’ being led by the Department of Health is an important opportunity to re-establish the relevance of alcohol harms and advocate for the role for treatment, particularly as the last alcohol strategy was produced in 2012.

Ultimately, we know that improving alcohol treatment can have a hugely positive impact on the lives of people impacted by alcohol dependency, their family and friends, and wider society. Treatment and recovery play a transformational role in human life, generating meaning for those in recovery, reconnecting parents with children, rebuilding communities. And, most importantly, keeping people alive.

While the detail of the new strategy remains unclear (as does the ‘dedicated monitoring unit’ that will go alongside it), we at Collective Voice look forward to working with representatives from the voluntary sector, public health and the NHS, as well as people with lived experience of alcohol dependency and commissioners, to get problematic alcohol use back on the table.