More opportunity than ever – a chance for change

Miranda Keast has joined the Fulfilling Lives evaluation team to oversee the final months of our learning programme. In this blog she reflects on what can be achieved as the programme draws to a close.

I’ve recently joined the national evaluation team at CFE Research for the last six months of the Fulfilling Lives programme. Whilst this could be seen as a time for winding down, wrapping up, and closing things off, in reality this couldn’t be further from the truth!

Grassroots communities have long seen, and sought to meet the needs arising from, gaps in systems; working in more established organisations, too, there can be frustration at rigid processes that leave people stuck, feeling stigmatised, and without anywhere to turn.

The introduction of Making Every Adult Matter (MEAM) in 2009 was my first real experience in thinking about the concept of systems change, and having a team dedicated to achieving just that felt revolutionary to me at that time.  Fast forward several years, and I joined Fulfilling Lives Lambeth, Southwark and Lewisham (FLLSL), excited by being part of something that felt like it wasn’t just accepting the limits and constraints of what we currently had.  I spent a year and a half working with a great team, constantly challenged to be creative and to think of what could be possible given the resources and will to do things differently.

Any important movement builds from different directions, bringing together people and organisations with a range of skills and perspectives to achieve change.  In my time away from Fulfilling Lives, I’ve worked with a variety of fantastic organisations that are contributing to change in different ways, such as the Museum of Homelessness (a wonderful grassroots social justice museum with co-production at the heart, who have shared their learning with FLLSL), and the Housing Studies Association (HSA), an inspiring network devoted to evidencing issues and solutions, and working with practitioners to implement learning.  I’ve also seen the importance of genuine, equal relationships – a key part of the Fulfilling Lives learning – and gender-informed practice in action in different spheres.  These are key parts of the work of Xenia, an organisation I am involved with, that brings together migrant, refugee, asylum-seeking and British women to share, connect and learn.

Now I am delighted to be working with the national Fulfilling Lives evaluation team, and it feels that, more than ever, there is a wide and shared understanding that there are certain aspects of our current systems that need to change.  This is reflected in new roles being created that are devoted to change-making – such as at Mayday Trust, Groundswell, and Homeless Link, to name a few.

Of course, there is the risk of ‘systems change’ becoming simply a buzzword – and similar concerns have long been highlighted with co-production.  This is something to be conscious of, and here’s where a good understanding of theory around complex systems is so important.  But surely it is better to start from an accepted position of recognising the need for change, rather than being devoted to continuing the same old ways of working.

We have just over six months left of the Fulfilling Lives programme evaluation.  From one perspective, six months can fly by – but from mine, I’m thinking of all that can be achieved in half a year.  New relationships and connections can be formed.  There are numerous opportunities to listen to someone who just ‘gets it’. Hearing something that sticks with you, and changes the way you think, takes only a moment.  The programme has generated so much learning, and there are so many plans to share this as widely as possible, so watch this space!  It’s good to be back. 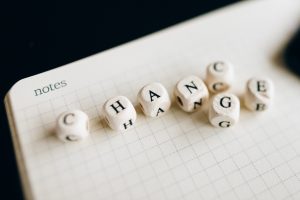