Bev Hardman, Lead Engagement Worker for the Inreach/Outreach workstream with Birmingham Changing Futures Together reflects on the financial anxiety around moving from benefits to full-time employment following her own recovery journey. This is a follow-up piece to Bev’s blog published last year about how she gained experience as a volunteer as a step to the full-time role.

After recovering from the initial shock of successfully being appointed a role with Birmingham Changing Futures Together, my anxiety surfaced again as I began worrying about the transition into work. There were numerous things to consider, including contacting the Department for Work & Pensions (DWP) and signing off my benefits. This was a scary time for me as I had been in receipt of benefits for a long time. Moving into full time employment would mean a change in my financial position, which subsequently meant I needed to reassess my current outgoings, including rent and council tax. 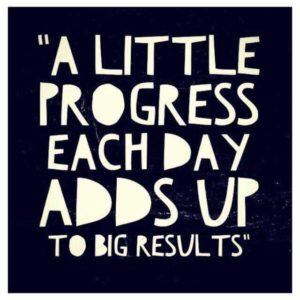 I began to put together a plan of action and made a list of priorities. First on the list was to find out what my entitlements were in regard to Working Tax Credits and anything else I may be eligible for. I contacted the DWP for a tax credit application form and sought support to complete it from a friend who I knew was quite knowledgeable and had gone through the same process. The form was completed and in the post!

I then decided to contact the DWP about signing off benefits and closing my claim. I had made a decision that I would do this the first week I started work. I was dreading having to make the call and had all kinds of negative thoughts. I was worried everything would go wrong as it often used to due to my unmanageable and chaotic lifestyle. I had to have a stern word with myself that ‘I wasn’t that person anymore’! I finally summoned the courage to make the call. All of my worries and concerns had been unnecessary. The advisor congratulated me on finding employment and wished me all the very best for my future. I also took this opportunity to ask if there were any other benefits which I may be entitled to such as help with travel costs etc., as I would be on a low income. Unfortunately, this drew up a blank – apart from the Tax Credits that is.

Next on my list was to sort out my rent and council tax. I thought I would begin to pay my rent straight away but soon found out it was not that straight forward. I was advised I needed to send three months’ worth of pay slips beforehand – which with just having started work, I did not yet have. This unsettled me as I now had the additional worry of “I’m going to get evicted”. I discussed my concerns when on the phone to the council and was assured this would not happen. I was informed that I would be entitled to a ‘rent run on’; this meant that housing benefit would continue to cover my rent during the three-month period. I was certain that something would go wrong but I had to tell myself that I had done all I could and had to trust the system. I need not have worried, three months later I was paying my rent and council tax.

The main concerns I had regarding benefits and rent, all ended up being sorted. Given that I had been out of employment for some time, the initial anxiety was sparked by a change in circumstances. My message to anyone in a similar position would be – don’t fall at the first hurdle, do your research and most importantly, ask for help, it’s a strength!

Today, I have so much to be grateful for – I have a secure tenancy in my forever home, I have a job that I am passionate about and I have set further goals towards my future.